Welcome to my blog: the place where you will find something useful to do using the English language! Feel free to roam about, visit my profile page and visit some of the links included here. I will promise you there will always be something new here to do and besides – it is a way to learn English better, wouldn’t you agree?

Anyway, happy browsing and thanks for visiting!

Here are some resources for your revision:

Please also search this bog for other resources, including tips for constructing lesson plans and links for grammar exercises. 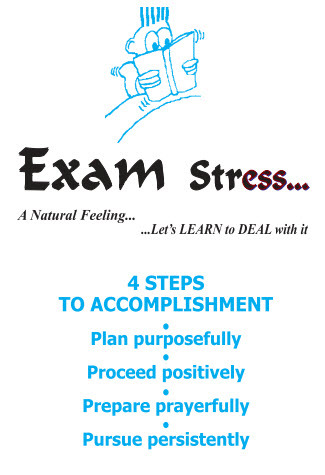 Here is the Prezi which I am used in class for George Orwell. There is also another one on this blog which is more detailed.

Here is the Animal Farm Introduction as a PDF file. The videos are in the other post. Search for Animal Farm videos.

Let me know if you need anything else 🙂

Remember we mentioned the nuclear power plant in Japan? I think we mentioned it during the explanation of Five Ways to kill a Man. I found this video. I think it’s exceptionally interesting and worrying at the same time.

Here are some resources for Five Ways to Kill a Man by Edwin Brock (Dragon Book p. 220)

this site contains a good summary and analysis

Here is a powerpoint which summarises it further,

Some interesting tips on creating a study plan

PROSE: Stories Then and Now

The whole town’s sleeping
The landlady
Lamb to the slaughter

Focus on:
The storyline and characters of each
The theme the stories are included in the book
The way women are described in all three

Do not worry too much about the last poem. I will be covering it again on Monday and posting some extra notes. It is for your Matsec exam though so keep that in mind.

STUDY:
Content: what the poem is about (including it’s theme/s)
Structure: rhythm, rhyme, stanzas plus any special points
Imagery: is the poem literal or metaphoric, learn some examples of each figure of speech (ideally with a quote or two)

Where you have some history about the poet and it affects the reason he wrote the poem include it in your notes.

Here are the things to focus on for your literature examination:

Cesario/ Viola: reason for disguising herself, her history before arriving in Illyria, the way she describes her love for Orsino, the way she tries to keep Olivia at bay, the way age tries to get out of the fight with Sir Andrew, the way she is described by Orsino, Olivia and Sebastian.

Orsino: his fixation with Olivia and how he changes his focus of love by the end of the play, in love with being in love, whinges often, melodramatic, how he deals with Cesario, what he thinks of women, how he behaves in Act 5 Scene 1.

Malvolio: reason why Maria, Sir Toby, Sir Andrew, Fabian and Feste play the trick on him, why can we describe him as a Puritan?, how does he behave in the beginning of the play when Sir Toby and Sir Andrew are being noisy in Olivia’s house, why is it bad that he keeps dreaming of being Count?, how does he behave when he reads the live letter?, what does he do next?, what do Sir Toby and the rest do to him?, what happens to him in the end?

Sir Toby, Sir Andrew, Maria, Fabian and Feste: ( treat these as a gang :)) compare and contrast the characters of Sir Toby and Sir Andrew, what type if character does Maria have?, how does Sir Toby refer to Maria? (remember they end up married in the end), what is Feste’s role in the play overall?, what does the gang do to Malvolio and why?, the duel between Sir Andrew and Cesario and the way it affects the events in the last few scenes of the play.

The love triangle: how it starts and how it is sorted by the end of the play.

Olivia and her rejection of Orsino

LOVE: how it affects the characters and the events of the play, confusion and how order is restored in the end

MADNESS : how it is brought out in the play especially once Sebastian arrives in Illyria, how it affects relationships.

REMEMBER TO ORGANISE THE QUOTES YOU ARE STUDYING IN CHARACTERS OR THEMES. Do not overdo it though. You only need three to five quotes.

Here are all your projects 🙂 For those who are not my students this year, these are all for a Poetry Friendship Project which they had to compile in groups. Each group had to write an original poem and illustrate it in an artistic way.

Welcome to your brand new blog!

This is a sidebar and can be changed in Widgets in your dashboard.

You can also modify number of sidebars in theme options!